In this era of “universal calcium supplements”, many people take calcium preparations every day, but some people have little effect, leg pain, cramps and other symptoms of calcium deficiency has not been alleviated. The reason may be the decrease of active osteocalcin caused by deficiency of vitamin K2 in vivo. So, what is vitamin K2? What does it do? 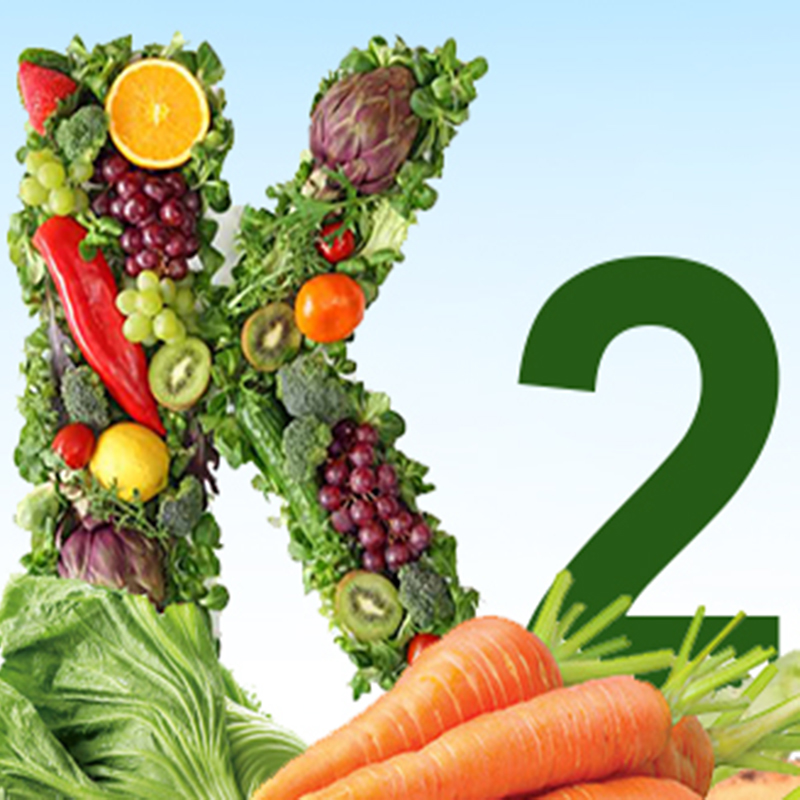 Vitamin K2 is a unique vitamin, which is synthesized by some bacteria in intestinal microorganisms. It can directly penetrate the blood vessel wall into bone and tissue, and play a variety of roles in the body.

Not only that, vitamin K2 also has a very large role in promoting calcium absorption, the lack of vitamin K2 is likely to cause calcium absorption is not good, calcium supplement has little effect. On the one hand, if sufficient vitamin K2 in vivo, can activate osteocalcin, activated osteocalcin has a unique affinity for calcium ions, can lead to calcium into the bone, calcium salt deposition, thereby promoting bone mineralization. It is worth mentioning that vitamin K2 and vitamin D3 cooperation can effectively promote calcium absorption and calcium osteogenesis is a dual guarantee of calcium supplementation. On the other hand, vitamin K2 can also inhibit osteoclast activity, promote osteoclast apoptosis, play a role in reducing bone loss.