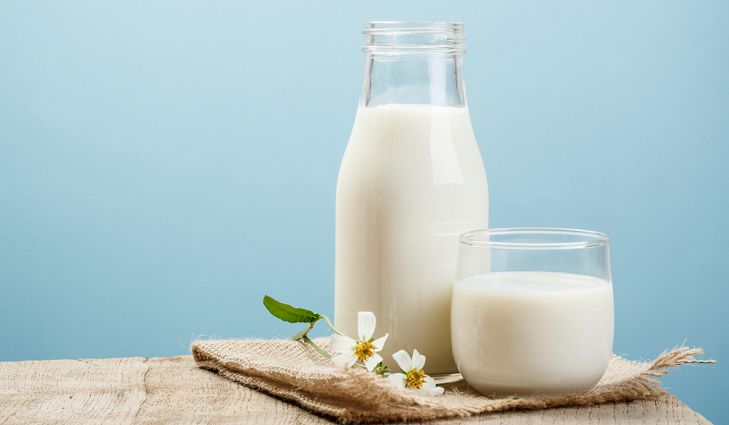 Milk benefits so much, but there are so many kinds of milk on the market, how should we choose, how to drink it?

Milk-fed infants and young children are reported to increase the risk of type 1 diabetes. These reports suggest that a casein in milk may trigger an immune response and produce antibodies that bind to islet beta cells to form a precipitate that can develop into type 1 diabetes.

However, this study has obvious shortcomings, and many later studies not only failed to achieve the same results, but some have the opposite answer, proving that drinking milk not only does not induce diabetes, but also assists in lowering blood sugar. So the idea that milk induces diabetes doesn’t hold true.

Milk such drink blood sugar is not high nutrition good!

In fact, the molecular structure of lactose is very special, formed by the condensation of 1 molecule glucose and 1 molecule galactose.

After enters the body, to digest lactose is broken down into glucose and galactose, including galactose does not increase blood sugar, so pure milk glycemic index (GI) low of 27.6, only 1/3 of the rice (83.2) glycemic index, right amount drink pure milk or sugarless yoghurt does not make blood sugar to produce large fluctuations.

In addition, lactose can promote the growth of probiotics in the intestinal tract, strengthen the absorption of calcium, for the promotion of intestinal digestion, prevention of osteoporosis in elderly patients with diabetes have greater benefits.

1 milk and drink to distinguish

Diabetics in the choice of milk, first of all must distinguish between milk and dairy drinks the difference between the two.

Milk-containing beverages are usually made from dairy products, sweeteners, water and various excipients, and the nutrients contained in the pure milk are only about the 30% . Not only the nutritional value can not be mentioned with pure milk, the sweetener ingredient in a milk beverage is also prone to elevated blood sugar in diabetics, which affects the stability of diabetes.

To see if the outer packaging is labeled ” milk drinks “;

There are two main ways to sterilize milk: pasteurization and ultra-high temperature sterilization.

Also known as the ” low-temperature disinfection Method “, is currently one of the world’s most advanced milk disinfection method.

Its main operation is to heat the raw milk to 62-65 ℃ to keep 30 minutes , or to heat the milk to 75-90 ℃ to keep 15 sec , through the lower boiling point temperature the is disinfected so that nutrients in the milk are preserved to the maximum extent possible.

Pasteurized milk needs to be refrigerated in the environment around 4 ℃ , with a shelf life of around 48 hours .

Ultra-high temperature sterilization means to maintain the 1-3 secondsat the high temperature of the 135-150 ℃ , and to disinfect the raw milk. By this method of milk used for more than the use of Tetra Lok brick, Lok pillow, such as packaging, the shelf life can reach 6-12 months , generally do not need refrigeration.

However, there was a significant difference between the taste of milk and the nutritional value of pasteurized sterilization method.

Diabetics who drink milk should be preferred pasteurized milk , the milk’s nutrients are better preserved , and the preservatives, less additives, the health of people with diabetes more favorable. 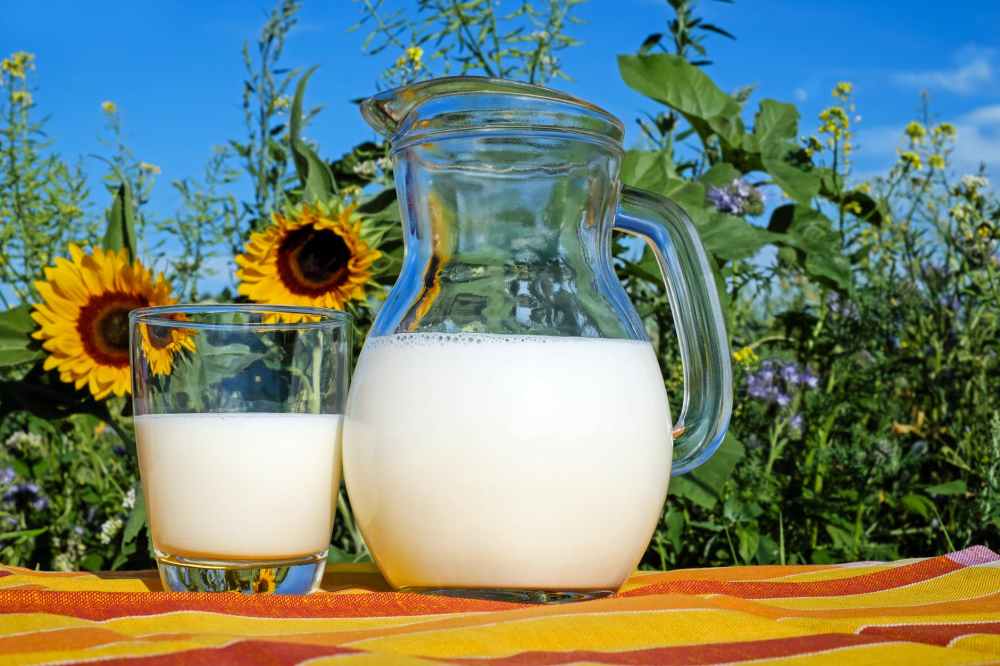 Time for diabetics to drink milk

Diabetics are best to drink milk in a daytime , depending on their own habits, and can be used for food or drink.

But overall, the best time to drink milk in the day is early 8-9 , when the body is in need of a lot of nutrients and energy, just can be supplemented by milk.

It is best to drink milk with a cereal , which will ensure a comprehensive and balanced nutrition while promoting absorption. Try not to drink milk on an empty stomach.

In addition, milk contains a wealth of protein and calcium, drink after the 2-3 hours is the peak of kidney calcium row. If people with diabetes drink milk before bedtime, then when the kidney in the calcium is in the sleep state, high urine concentration, easy to lead to urinary calculi production .

And drink milk before going to bed to a certain extent will affect body fat and weight control , so recommend diabetic people try to avoid drinking milk before bedtime.

Amount of milk to drink in diabetics

According to the 2016 edition of Chinese Dietary Guidelines, diabetics can drink the 200-300ml milk on the basis of the guaranteed daily total calorie intake . and adolescent patients can be under the guidance of doctors to increase the amount of drinking to meet the needs of growth and development.

In addition, diabetics who do not like pure milk can also choose yogurt instead. But ordinary yogurt is high in sugar, its heat is equivalent to twice times the pure milk, so it is recommended to choose sugar-free yogurt orto halve the amount of yogurt drinking .

1.Diabetics should pay attention to the principle of constant caloric intake, drink milk after the appropriate reduction of other food intake.

Lactose intolerance of the body lacks enough lactase, after drinking milk easy to produce abdominal distension, diarrhea, abdominal pain and other symptoms. This group of people are advised to choose soothing milk orsugar-free yogurt and to drink by a few times .